In a new law announcement by Victorian government yesterday, a ban on cash for old cars and scrap metal was declared. The move has been taken in order to halt to crimes in the society. Under this law, no auto-wrecker or scrap business will conduct any kind of dealings without paperwork.

Additionally, every vehicle wrecking company will be paying the cash for car amount in customer’s bank account and not on spot.

Victorian police Minister Lisa Neville said yesterday that the offenders risked an of $31,000 fine in case they transcend the law.

Explaining the law, Lisa further said to the media that:

“Not only will it be a disincentive to get cash for drugs or other things, but a disruption to the more organized criminal activity.”

Under this new legislation, the businesses are forced to register their auto wrecking companies with state, also to keep a record of all transactions and not to accept any non-registered vehicle.

The police will be given full power to search for all suspect businesses without any search warrant.

In 2016, similar laws were imposed by New South Wales that has successfully attributed with 31% drop in the car thefts and cash stealing activities within the state.

The good news is that all auto wreckers, dismantlers and recyclers are given time till September 2018 to register with the state.

“We know approximately 5000 motor cars that go missing in Victoria are never recovered every year.”

“Sixty percent of those unrecovered motorcars are valued at less than $10,000.”

“That’s an indication that the vehicle has been stripped, sold for parts and the remainder of the vehicle … sold through some of these rogue operators.

“They’re unregistered businesses that are operated by people with criminal connections … that’s a starting point for us.”

Andrew Mackenzie of PF Metals has appreciated the Government approach of regulating the industry and said that it will help the industry to grow in a positive way. He himself has maintained the sales logs for years and recommended other dealers to do so.

Another wrecking dealer who didn’t want to be identified; expressed fear over the new law saying that the ban may hurt legitimate trade in the country.

“I think it’s an absolute load of bulls–t,” he said.

He further suggested the Government that in order to clean up the industry, the authorities should make LMCT mandatory for every company and search for non-licensed dealers in town.

In a nutshell, as per the new law, all auto wrecking companies need to know following regulations that will be imposed after September 2018:

The number of deaths from road accidents is increasing day by…

What Do Car Wreckers Do?

Wreckers, also known as wrecking yards, are not like those ordinary… 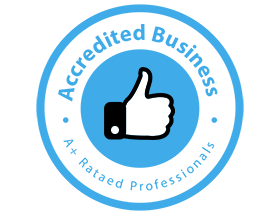